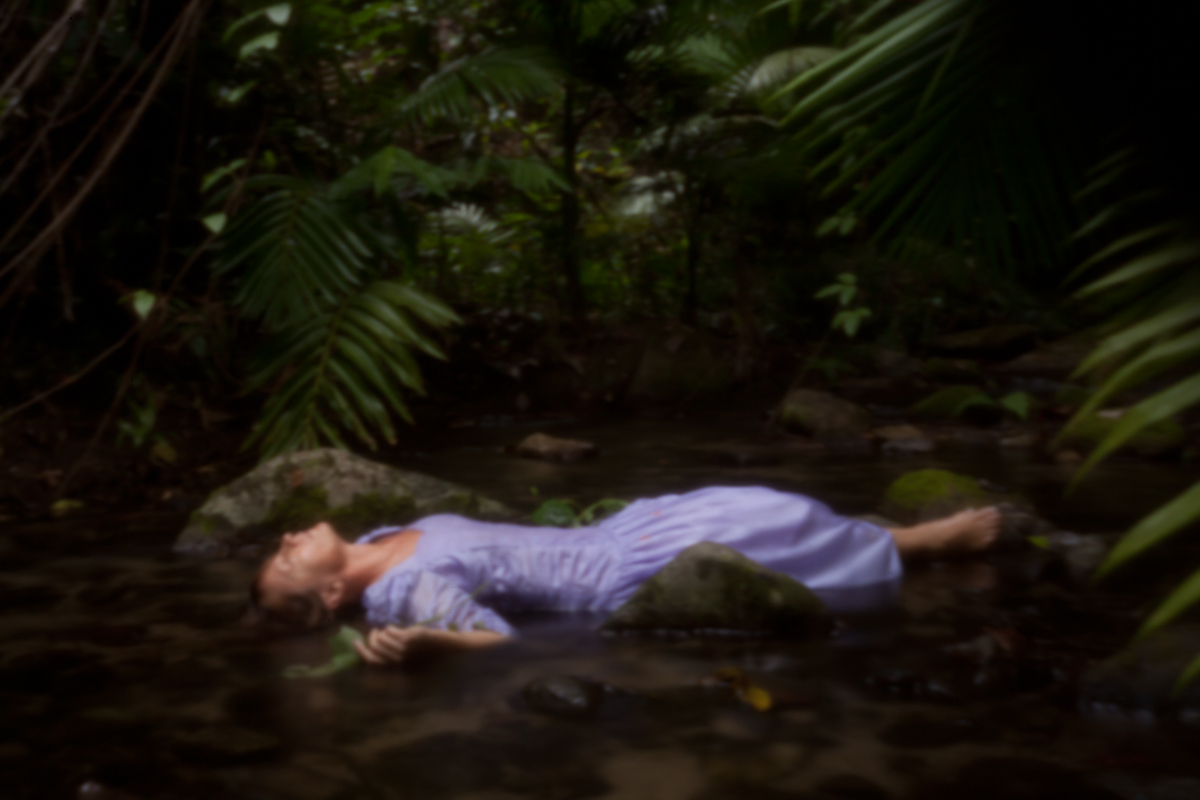 This work is an allegorical representation of the untouched nature in contrast to the bucolic nature in which the intervention of man is visible. It represents the pure wilderness in front of the man-made landscape.

The outer panels represent the origin of life (a turtle lays its eggs on the beach in the rainforest).

The inner panels show the demise of it – death of the real wilderness. The middle photo was taken in a “Waterhole” or “Billabong” in a piece of rainforest managed by Aboriginals in Queensland, Australia. A billabong is a ritual place in a river.

The allegory is closed in the right inner panel. This is typical of story-telling at the classic altarpieces, with a flight of birds flying to an unknown destination.

The images are printed on old sycamore boards, recuperated and refined to a certain extent.

The texture and structure of the wood gives a uniqueness to work that makes reproduction difficult.

The use of the triptych as a carrier refers to the relationship between painting and photography. The narrative data comes from Medieval painting where the outer panels were always either a framework or an introduction.

The sacredness of the subject gets translated in the medium

The making of the triptych

“ The beautiful play period just came to an end. Millions of years of evolutionary processes were interfered with, cut down, fenced-off, shot-out, sub-divided or like Long Island smothered in architorture, losing authenticity, rural integrity and most importantly, quality of life. The Pleistocene gets paved over and this is the End of the Game…..

We are blind… willfully entering into the demographic trap, adding a billion squirming people to earth every decade!; anarchy, insurgency, war, disease, mad cowboy, historical mediocrity, betrayal and shame – ENGAWAHHH…. the original cry of Tarzan. Let’s just welcome it all and take notes while the world destroys itself.”

“Nature is no longer what she has always been: something against which man should be protected. Now the tamed, self-perpetuating mortal nature must be protected against man. As long as we are afraid, we shoot. But when we are plagued by nostalgia, we take pictures ”
“While an unprecedented number of forms of biological and social life are being destroyed in a short time, there is a device available to record what is going to disappear.”

“A greater difference than between the lovely, cultivated landscape of Cornwall and that of the Amazon region was unthinkable. And yet in spite of the violent calm he felt here while observing the routine existence of the peasants and the satisfied grazing cows (…), without the threat of wild beasts, snakes or mosquitoes, one day the thought arose in him that this nature with its civilized plantation, which for centuries relinquished agricultural labor at the service of man, had already lost its true nature – its soul would tell the pantheists – if you compared it with that rough, bubbly, untameable and untamed wasteland, the Amazon, where everything is constantly being born and dying, an unstable, dangerous, mobile world in which a human being felt that he was torn from the present and thrown to the farthest past, was taken back to the dawn of humanity, in connection with his ancestors. ”