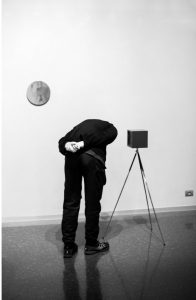 There are no more peep shows in Western Europe. The last peep show in Amsterdam closed by the end of 2014 and in Belgium in 2015. The so-called peep shows in Rue Saint-Denis and Pigalle are fronts [covers] for prostitution.

At live peep shows, booths would surround a round stage upon which usually a performer, usually female, did a striptease [and[ striking [es] sexually explicit poses. Once in the booth the customer closed the door and inserted coins to open the screen – one euro for 60 seconds.

Retired performers told Peter Bracke that at the end the customers were often older men, sometimes physically or socially handicapped.The days of performing for young men were over. The internet killed the peep show. Voyeurism has turned digital, if not illegal…

The artist presents us with images of a vanished world – a theatre with girls stripping on a revolving stage – voyeurism from another era.

A universe of visual adultery. 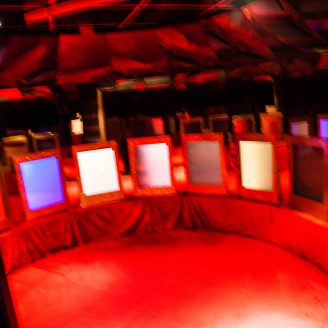 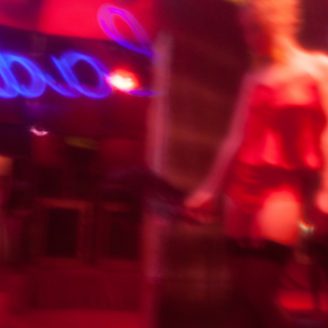 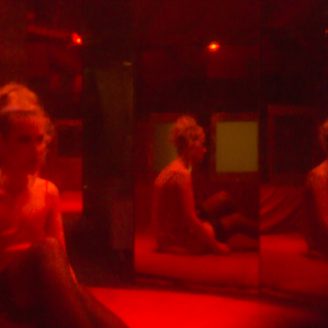 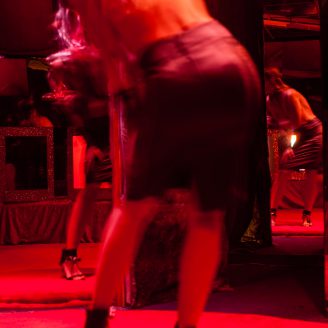 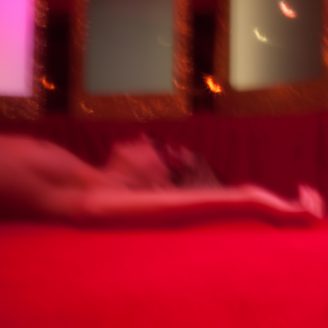 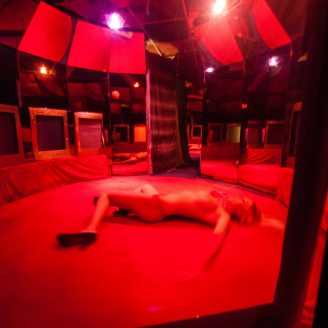 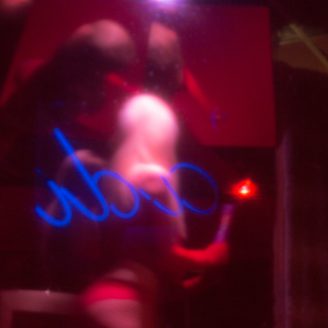 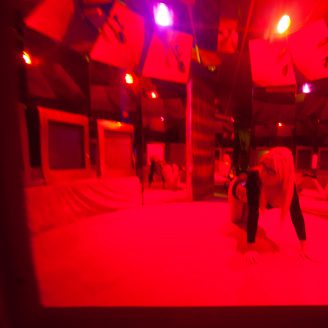 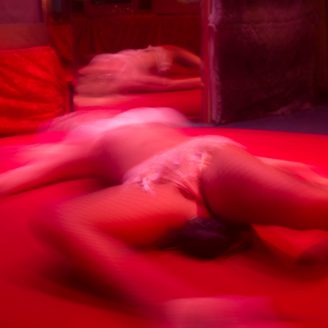 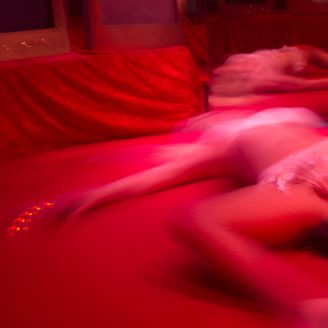 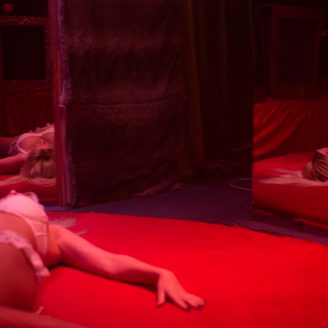 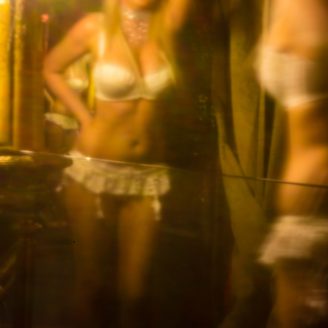 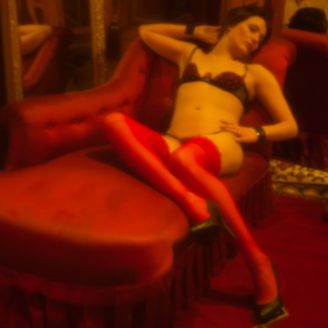 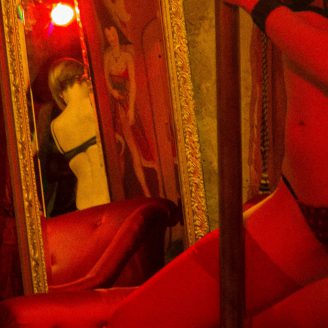 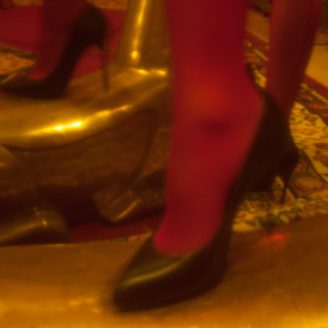