“The desert … may serve better as the backdrop for the problematic relationship between man and the environment. The human struggle, the successes … both noble and foolish, are readily apparent in the desert. Symbols and relationships seem to arise that stand for the human condition itself.” – Richard Misrach

The Sandcastles series is about “concreteisation” – the unstoppable urge of man to build the world.

Everywhere in the world, groups of investors are looking for those places that are unique – with that beautiful beach – the best situated mountainside – the best Feng-Shui – to plant similar mega-projects there. And the experience for the tourist is the same everywhere.

Location of recordings was after some searching the south coast of Egypt – the contrast between concrete and desert, between building material and the sea was nowhere so convincing.

The emptiness, waste of energy and raw materials can be read the most painfully when reality is shown as it is, large, empty and monumental.

To convert this into visual language, I opted for panoramic photographs – printed on a large length.

This also benefits the storyline – the length provides a different way of looking – the photos have to be read from left to right. This tension is not customary, but it does have a delaying and narrative effect.

Some details give an insight into how the rulers view these constructions. As they stand there now they are like a curse on Egypt – that is why the Morsi government has decided that further work needs to be done …

And further work is being done, but usually by one man or a few individuals who give the impression with primitive material to complete the construction works.

The thumbnails are meant to zoom in :

Nine panoramic photos are presented on the wall with a length of 2.40 m.

The panoramic photos were printed on Japanese Inbe-paper (70 g) and the processing was done by Patricia Rau.

In addition and in the middle of the exhibition space are three large and a dozen small objects on which images of the collapsed dream are directly printed – the posters and already heavily weathered advertising panels for the unfinished projects.

The objects on which the images come are pseudo-building materials – created with plaster by my colleague Ilse Jansoone from the Mixed Media department at the Academy.

The final element consists of a sound fragment that can be played on small boxes hidden between the building materials.

The sound fragment is a read aloud text in which a strong commercial-American sounding voice recommends a mega-vacation resort for investors. 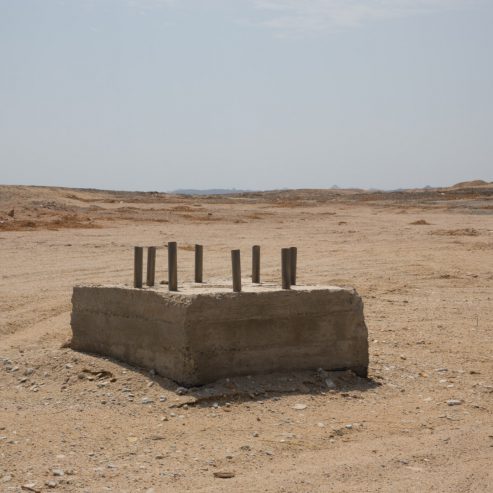 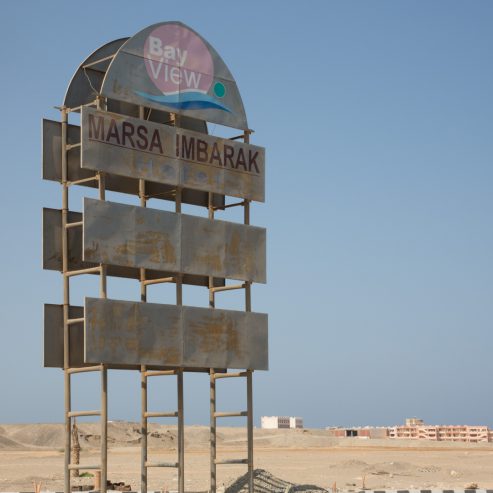 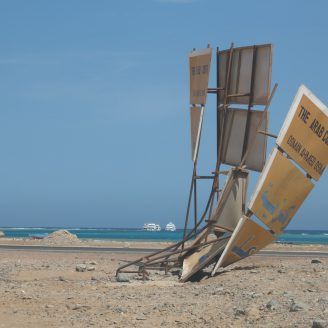 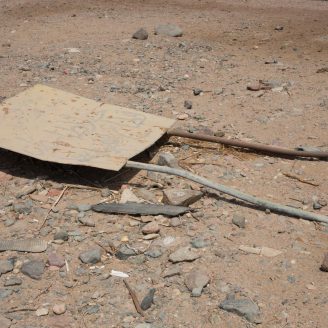 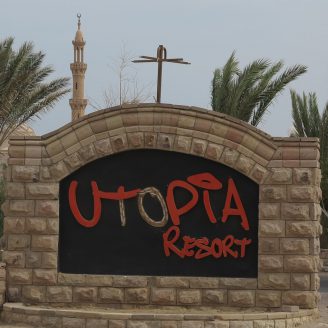 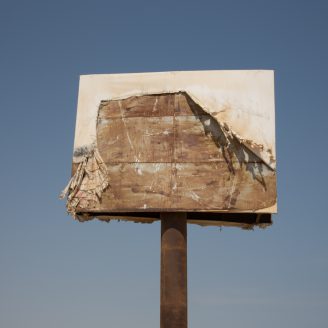 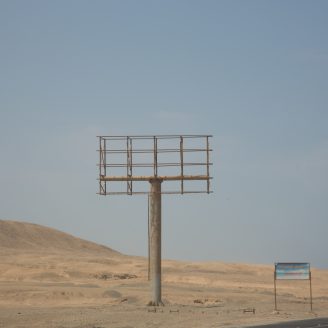 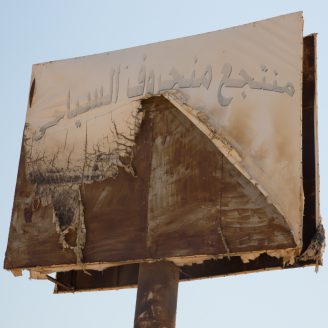 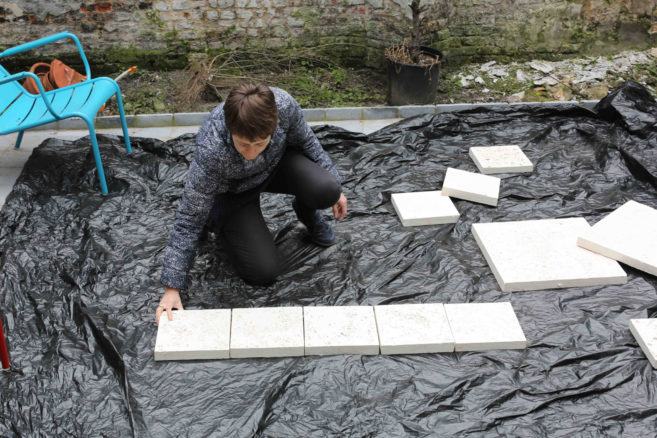 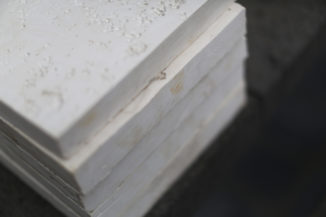 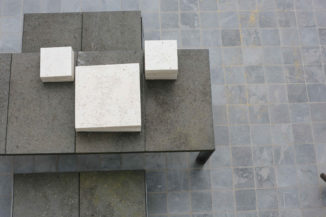 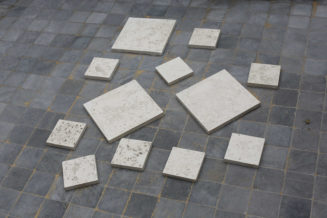 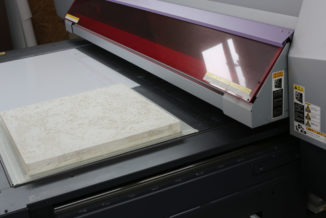 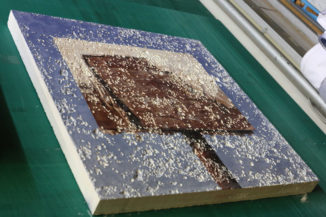 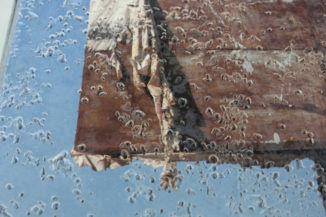 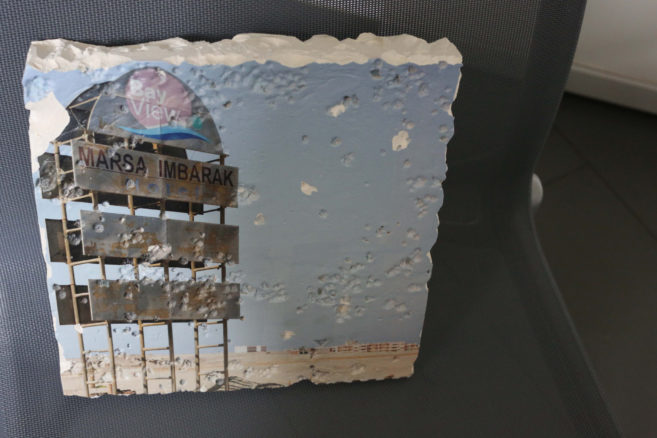